What You Need to Know About Cardiac Ablation 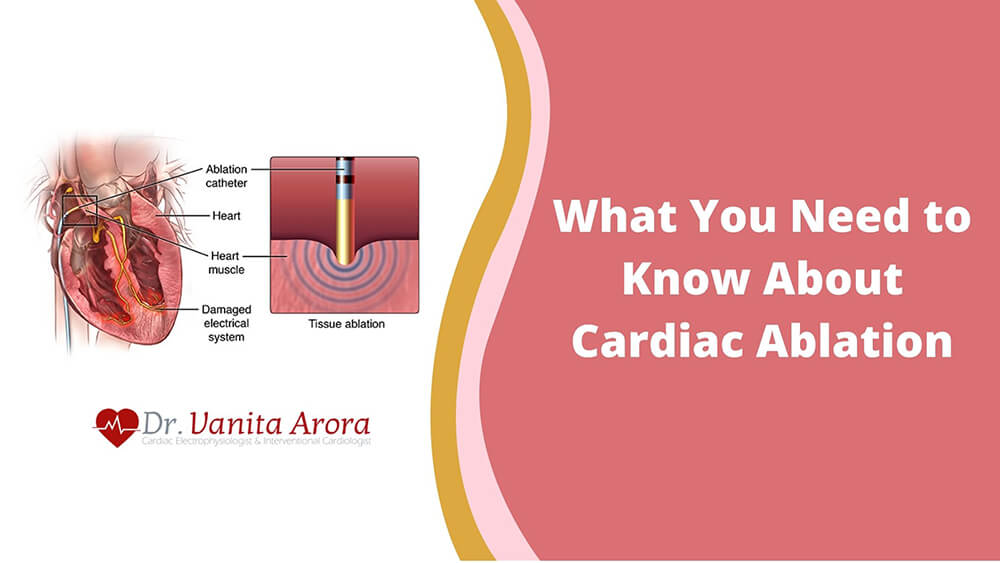 When a person is diagnosed with cardiac arrhythmia, he or she is advised a procedure called cardiac ablation to treat the condition. The medical procedure also goes by the name of radiofrequency ablation or catheter ablation.

Cardiac Ablation at a Glance

Not everyone with arrhythmia requires catheter ablation, says Dr. Vanita, the best electrophysiologist in Delhi. This procedure is usually advised when medications are not having the desired impact.

What Happens During the Procedure?

According to the top cardiologist in Delhi, a catheters or small tubes are guided into the patient’s heart via a small hole in the groin vein and sometimes the neck vein.

Before cardiac ablation begins, patients are given intravenous medications to induce sleep or help them relax. If needed, an anesthesiologist puts the patient to sleep explains the best electrophysiologist in Delhi.

Then, 3-4 catheters (hence the name) are guided into the heart. The electrophysiologist uses mild radiofrequency to ablate or “fix” the problematic heart tissue – which is generally 1/5th of an inch. It takes 1-2 hours for the procedure to complete which includes detailed pre and post study.

Dr. Vanita, the top cardiologist in Delhi suggests that there are other ablation techniques that can be used. In cryoablation, for example, a doctor uses extremely cold temperatures to fix the heart tissue causing the arrhythmia. It has been recently launched in India.

What kind of cardiac ablation would be used is left upon the doctor’s recommendation. Most patients do not report any pain during or post-procedure. However, mild discomfort in the chest is a common sensation during catheter ablation which disappears in a couple of days.

What Happens After the Procedure?

The patient is asked to lie still for 2-6 hours to minimize the risk of bleeding after the ablation, says the best electrophysiologist in Delhi.

During the recovery, the patient is monitored round the clock and the medical staff (primarily nurses) may apply pressure to the groin area where catheter tubes were inserted. Most people take only a day to recover and are back to normal chores the next day.


How Should You Prepare for Catheter Ablation?

The top cardiologist in Delhi recommends not drinking or eating anything for 4 hours before the cardiac ablation.

The patient must inform the doctor about every medication they take. The electrophysiologist may ask the patient not to take certain medicines before the ablation. That said, never stop your medicines if not instructed by the doctor.

Also, if someone can drive you home post-ablation, it’s recommended.

Cardiac ablation is one of the specialties of Dr. Vanita, the best electrophysiologist in Delhi. Winner of “Rising Star in Cardiology” and many such prestigious awards, Dr. Vanita has a great passion for treating arrhythmia.

If you prefer email, you can reach her at – doctorvanitaarora@gmail.com