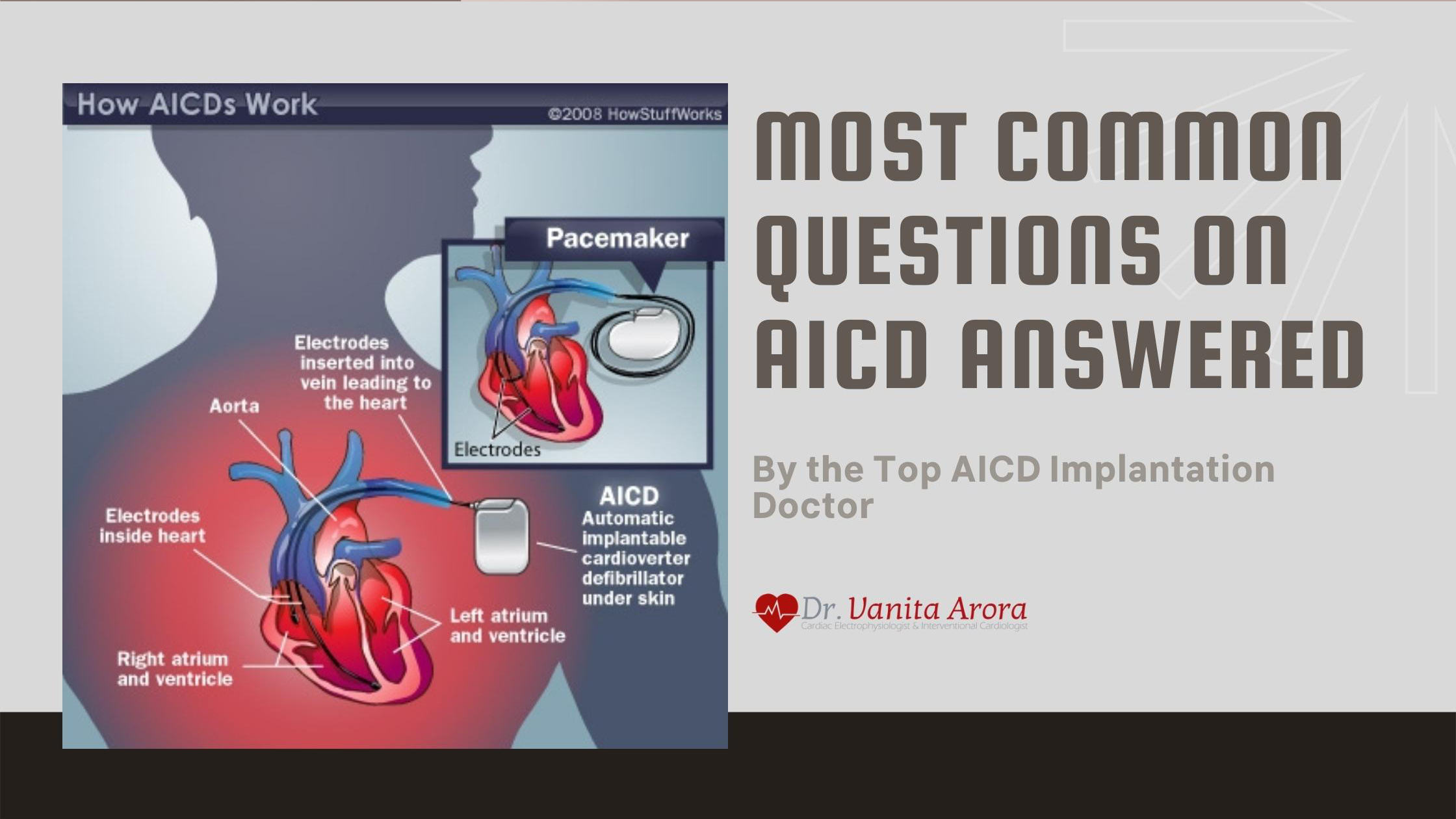 What is AICD? The automatic implantable cardioverter-defibrillator (AICD) is a device that is implanted in the heart’s right ventricle. Its job is to regulate abnormal fast heart rhythms, when they become life-threatening to the patients, explains the best ACID implantation doctor in Delhi.

This is how it works:


To prevent further episodes of Tachycardia, you may need catheter ablation (non-surgical method of creating extra electrical pathways), in conjunction with artery repair or heart valve surgeries. Some forms of Tachycardia can also be treated with pacemakers.

How to Reach Dr. Vanita

Most patients rarely feel ATP, but almost always know when defibrillation takes place, they feel it as a thump in the chest. According to the top AICD implantation doctor in Delhi, the device is also capable of recording your heart’s electrical activity.

What to Expect During AICD Implantation?

The procedure is done under light sedation to help you feel relaxed. The AICD implantation procedure takes nearly half an hour to complete. You’ll feel drowsy but you will be awake.

During this proceedure, an incision (5-8 cm long) will be made by the cardiologist. There will be no pain, thanks to the local anesthetic. The ACID is then inserted in a pocket made in the skin under the clavicle bone and the leads are then connected through a vein to the heart. The skin is sewn back together.

As explained by the best AICD implantation doctor, you will be observed for signs of bleeding and swelling for a day.

Though the procedure is similar, there are many key differences between pacemakers and AICD implants. The most important one is that the latter is used to treat patients with an elevated risk of sudden cardiac arrest (SCA).

Where Can You Get AICD Implantation?

A successful cardiologist in India and abroad, Dr. Vanita is a Senior Consultant Cardiac Electrophysiologist & Interventional Cardiologist at Indraprastha Apollo Hospital, New Delhi. She has been treating people with heart diseases for nearly three decades.

AICD implantation also happens to be one of Dr. Vanita’s several areas of expertise. Also, an electrophysiologist, Dr. Vanita treats patients living with various forms of arrhythmias and heart failure. If you wish to book an appointment, you can do so by filling this form.