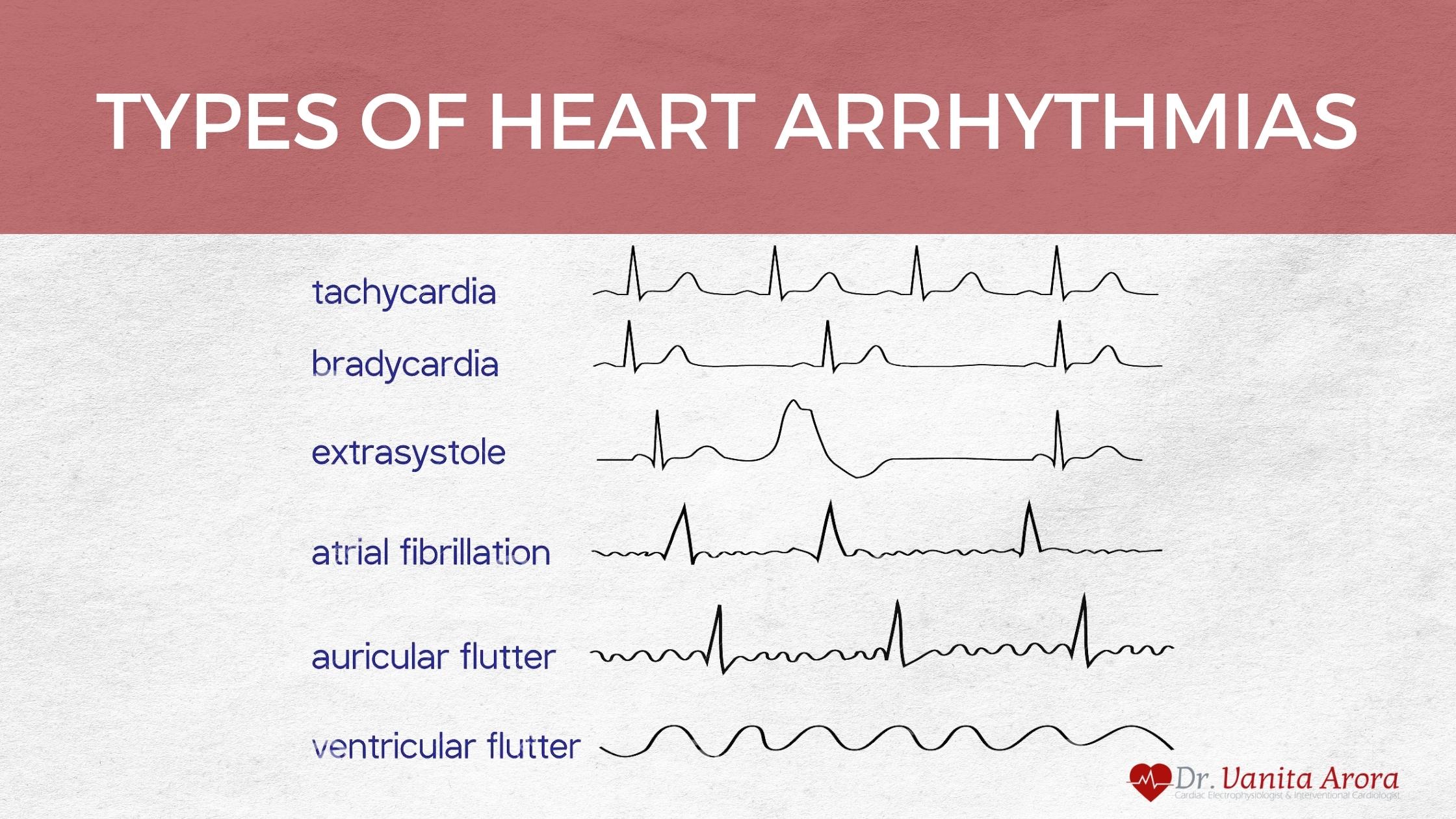 When the electrical signals of the heart fail to coordinate the heartbeats, it results in a condition called arrhythmia. When the heart beats faster than normal due to those faulty signals, it’s called tachycardia.

And when it beats too slow, it’s referred to as bradycardia, explains the best heart arrhythmia specialist in Delhi and India. Even though arrhythmias may seem harmless, they can get worse with time, presenting with new signs & symptoms.

Towards the end, you’ll also be introduced to the best heart arrhythmia treatment in Delhi.

Listed below are the common symptoms of heart arrhythmia.


Others heart arrhythmia symptoms include sweating, fatigue, and anxiety.

Both bradycardia and tachycardia have various types listed below.

Bradycardia Types
Typically, if your heart beats less than 60 beats per minute (bpm) when you are not on heart slowing medications, it’s called bradycardia. But a lower heart rate (close to 60 bpm) isn’t always indicative of the disease. Given that you are healthy and fit, your heart can still pump enough blood at a little less than 60 bpm as in athletes.

Following are the types of bradycardias:


Tachycardia Types
At resting position, if your heart beats at more than 100 bpm, it’s indicative of tachycardia, says the best heart arrhythmia specialist in India.

Listed below are the primary types of tachycardia:

Get the Best Treatment for Arrhythmia
If you’re suffering from any form of arrhythmia or if you have the suspicion of arrhythmia and require a formal diagnosis, you can get in touch with Dr. Vanita – one of the best heart arrhythmia specialists in the country.

She delivers new and tested treatment options as well as therapies to kids and adults experiencing arrhythmia. In her medical career spanning three decades, she has treated countless arrhythmia patients. To book an appointment, dial +91 98738 79994.

The other two methods are email (doctorvanitaarora@gmail.com) and website (fill this form).