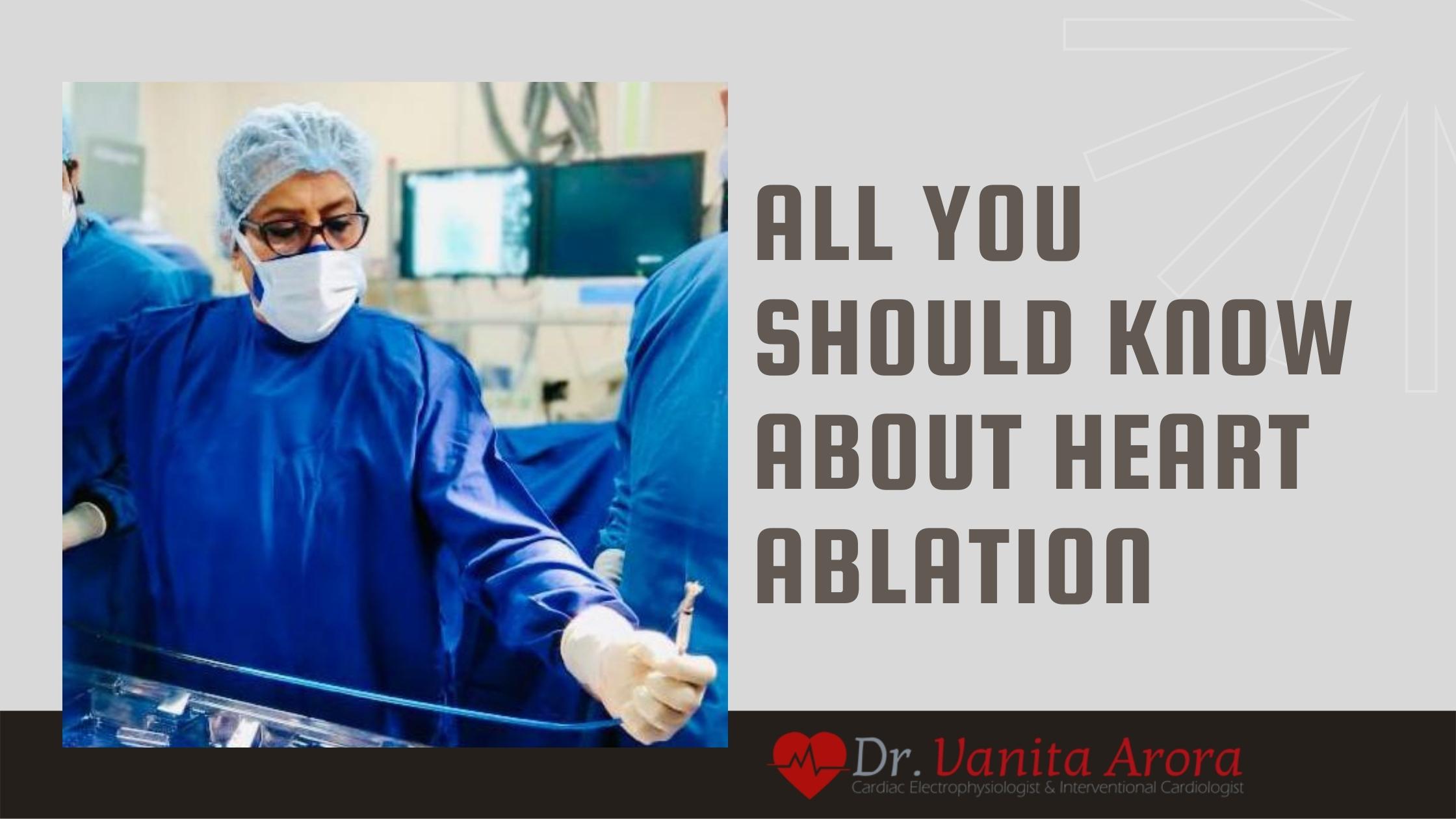 Also known as catheter ablation/cardiac ablation, heart ablation is a medical procedure used to fix arrhythmias and other heart rhythm disorders. It involves identifying the heart tissue that’s triggering the abnormal heart rhythms and destroying it during the ablation.

This allows the patient’s heart to beat regularly.

Heart ablation may be recommended by a doctor in case of:


Is the procedure painful?

Heart ablation is not painful. All you would feel is a discomfort (very mild form of it) in your chest. Once the ablation is over, the catheters and wires will be removed from your chest, the best cardiologist in Okhla said.

How long does heart ablation take?

Catheter ablation takes 3-4 hours to complete. This includes the preparation time and the time needed to remove the wires and catheters from the patient’s body, the best cardiologist in Okhla explained.

Who is heart ablation recommended for?

If you’re experiencing bothersome symptoms, such as exertional fatigue, shortness of breath, lightheadedness, palpitations, and not responding to anti-arrhythmic drug therapy, then you’re an appropriate candidate for heart ablation.

Of course, you must always talk to a specialist to see if the procedure can be performed on you, the best cardiologist in Okhla advised.

Should you risk a cardiac ablation procedure?

Though rare, heart ablation does have inherent risks involved, Dr. Vanita, the best cardiologist in Okhla suggested. But the whole reason why people still opt for it is that they want to feel better and don’t want to experience irregular heartbeats anymore.

The success rate is quite high, which gives people some hope. And that hope overpowers the risks they may face after the procedure.

How long does it take to recover post-ablation?

The destroyed (or ablated tissues) of your heart need up to 8 weeks to heal completely. Depending on the patient, it may take more time. During the initial days (post ablation), you may still experience irregular heartbeats.

Hence, your doctor will prescribe anti-arrhythmic medications during this time, says the best cardiologist in Okhla.

Book an Appointment with Dr. Vanita

Dr. Vanita has world-recognized expertise in heart ablation and care. To begin your treatment, you first need a formal diagnosis of the cause. For that, you need to consult the best cardiologist in Okhla, Dr. Vanita. After a thorough examination, tests, assessment of previous medical and family history, Dr. Vanita would move forward with your treatment.

To reach her, you can either fill this form on the website or email at doctorvanitarora@gmail.com. You may also schedule an appointment by dialing her number +91 98738 79994.