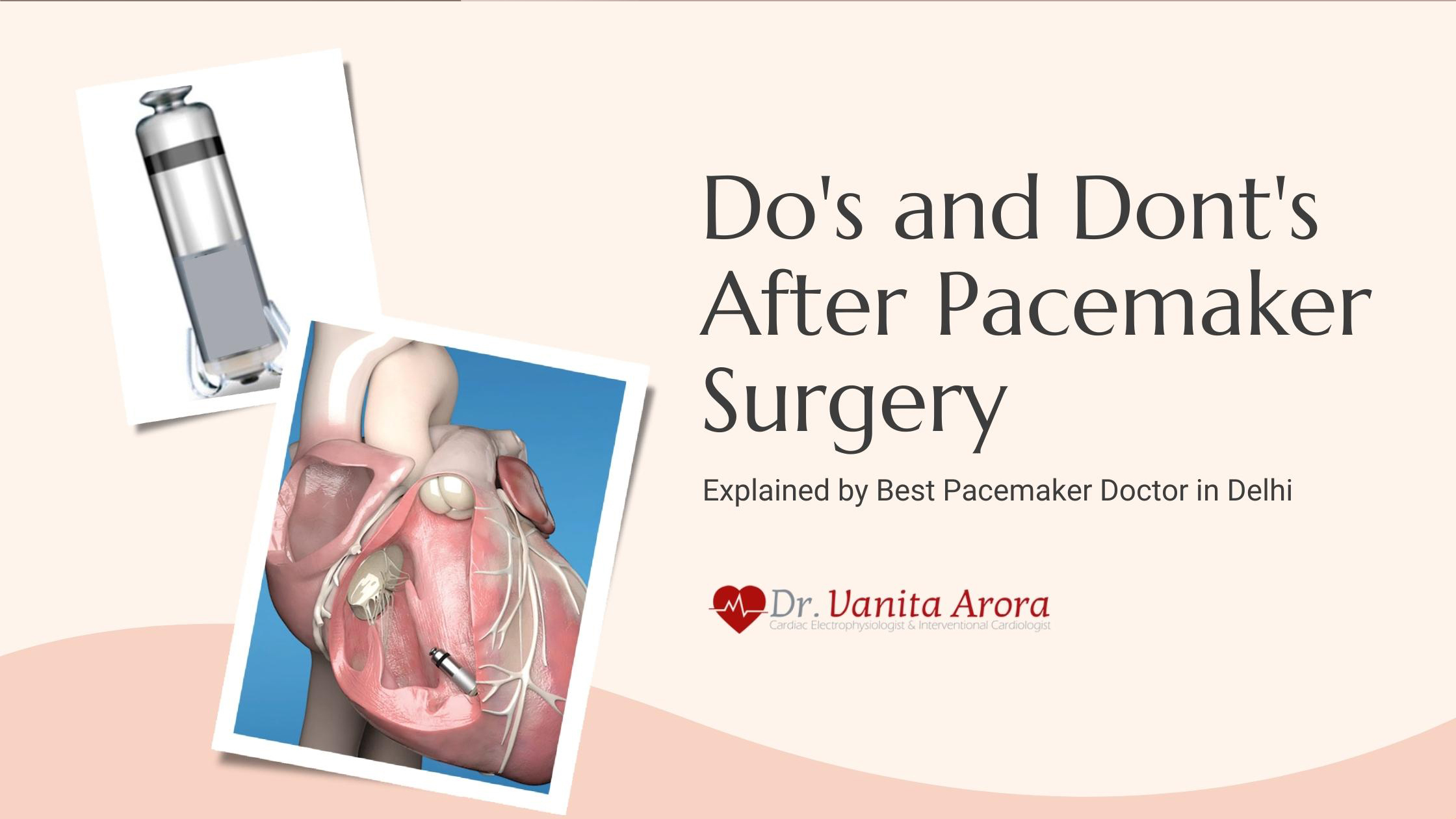 Following these do’s and don’ts is essential to reduce the risk of infections and other complications. In this blog post, therefore, the best pacemaker surgeon in India explains the dos’s and don’ts you must know.

Here are the do’s:


Don’ts After Pacemaker Surgery In this section, Dr. Vanita, the top pacemaker doctor in Delhi, sheds light on the don’ts after pacemaker surgery.

Now that you’re equipped with the knowledge of do’s and don’ts after pacemaker surgery, it’s time to finally tell you more about Dr. Vanita and how you can fix an appointment.

Do You Need Pacemaker Surgery?

Schedule an appointment with Dr. Vanita, the best pacemaker surgeon in India, to understand if you need surgery. At present, she works in the best hospital for pacemaker surgery in India, i.e., Indraprastha Apollo Hospital, Delhi.

She is known for her experience and expertise in leadless pacemaker implantation, AICD implantation, atrial fibrillation management, radiofrequency ablation, and more. In 2017, at the Times Healthcare Achievers Delhi NCR event, she was awarded “Rising Star – Cardiology”.

To book an appointment quickly, call +91 98738 79994. Another way of getting in touch with her is by email. And you can drop your email query at doctorvanitaarora@gmail.com . Or fill this form alternatively.